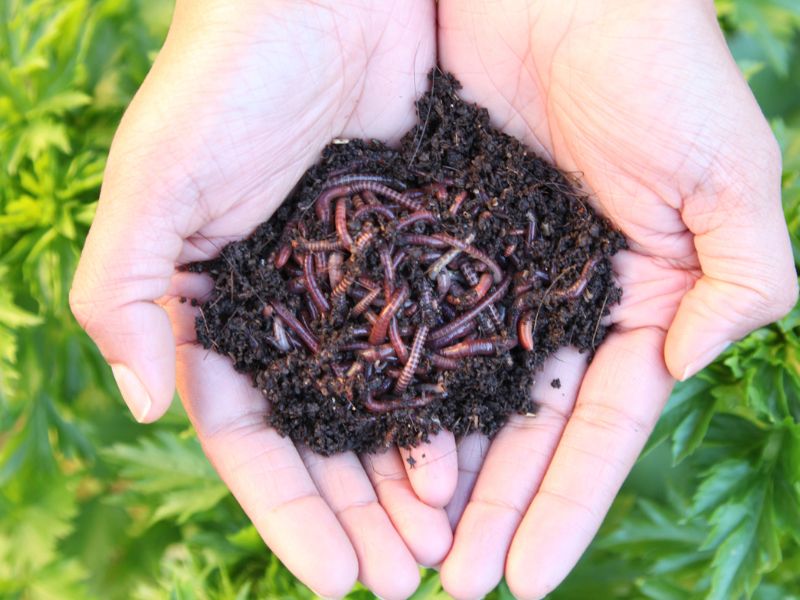 Rotline Question:  What are the white things in my worm bin?

Answer: Spot something unfamiliar in your worm bin? Don’t fret, you are likely to find many organisms other than worms in your worm bin! Like backyard composting, you will see a diverse, interdependent community of large and small organisms. They serve as food for each other, clean up each others’ waste, convert materials into forms that other organisms can utilize, and control each others’ populations.

So what are those tiny white things in my worm bin? Depending on the critter’s appearance, you most likely have one of the following:

Known commonly as white worms or pot worms, enchytraeids are small (one-fourth to one inch long), white, segmented worms. These creatures are often mistaken for newly hatched red wiggler worms because of their size. However, young red wigglers are a reddish color because of their red blood. Although related to the larger earthworms, enchytraeids do not have hemoglobin-based blood and remain white throughout their lifetime.

Some worm growers also incorrectly identify enchytraeids as “nematodes” which tend to be present in large quantities in worms bins. However, you’re unlikely to see nematodes without a microscope. Nematodes eat decomposing plant material, but they digest only part of it; they like to share!

Some commercial growers express concern that these white worms will out-compete the red worms for food and diminish their numbers. In the decades of combined vermicomposting experience within our team, we’ve never seen this become a real problem; the two species seem to find a balance that adjusts over time. And after all, if your purpose in vermicomposting is to get rid of food waste, then the presence of an organism that helps do the job is an asset, not a detriment. These little guys are fine!

Most people shudder when they see fly larva– perhaps better known as maggots– in their worm bin or compost pile. A number of fly species may be enticed by the rich food scraps and moisture in your worm bin. But don’t be grossed out! Despite their unsavory reputation, even these creatures play a role in breaking down and recycling nutrients back into the soil. Fly larvae are voracious consumers of nitrogen-rich decaying materials, such as kitchen food scraps and manures. Females lay eggs on the surface of these materials for their newly-hatched young to feed.

If you want to avoid having flies and maggots in your compost pile, make sure you have enough shredded paper and organic “brown” material in the bin to cover the nitrogen sources. In a worm bin, you should bury food scraps at least 3-4 inches down. Don’t worry about competition between the flies and the worms; flies aren’t predators of the worms or their eggs. They can, however, be an indicator that your bin has more moisture than is ideal, so the presence of maggots might trigger you to add some dry materials to achieve that “wrung-out sponge” moisture level.

Almost too small to see? Highly mobile, with tiny legs and antennae? Probably a springtail!

In your worm bin, you may also see hundreds of tiny (1/16 of an inch) white creatures that “spring” away in all directions if you try to touch them. Springtails are six-legged arthropods (technically not considered insects) with a pointed prong called a furcula extending forward underneath their abdomen from the rear. By quickly extending this prong, their bodies “spring” forward. Springtails are not only numerous but they are diverse with over 1200 species. They feed on decaying matter and fungi, so they are also a helpful member of your bin community.

Posted in Soil & Compost, Worms
← From the Rotline: What are the white things in my worm bin?How can I reduce the amount of water I use when composting? →