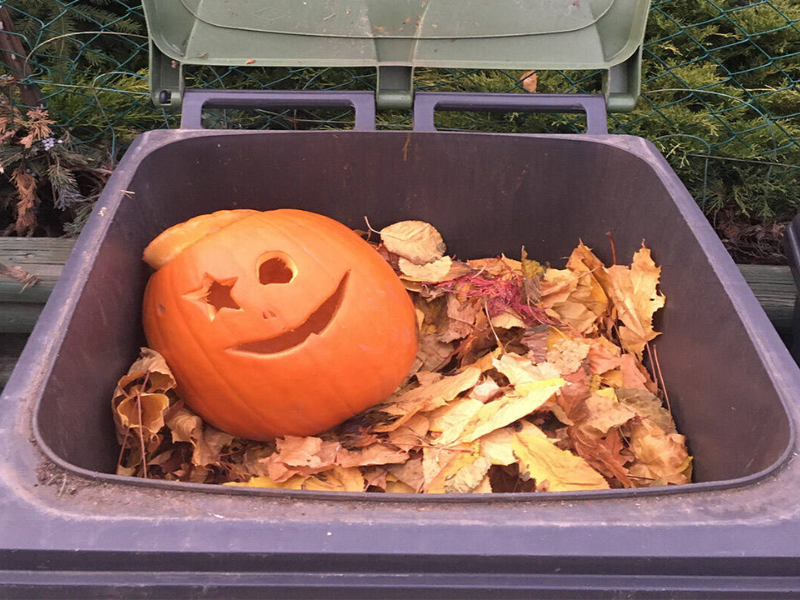 It is pumpkin season, but now that you don’t need your carefully carved pumpkin any more, don’t throw it away! Pumpkin is a great addition to both your compost and worm bin!

In the compost bin:

Pumpkin is a “green.” It is very high in nitrogen. Make sure to bury the pumpkin or follow the addition of the pumpkin with a layer of browns to detract pests. It is important that the pumpkin is cut into smaller pieces. If a whole pumpkin is put into a compost bin, it will take a lot longer to compost. Also, next time the bin is turned, you’ll inevitably get the whole pumpkin stuck on the pitchfork (and who wants to resurrect a partially decomposed pumpkin on a pitchfork?).

In the worm bin:

Worms will love the variety of pumpkin in their diet. Remember – worms have small mouths so it will take them a long time to work through a giant chunk of pumpkin. Smaller pieces will disappear from the worm bin more quickly. If you want to give the worms a special treat, blend the pumpkin into a slurry, pour it into your bin, and then cover with bedding. The worms will go crazy over this easily eaten treat!

Posted in Soil & Compost, Traditional compost
← From the Rotline: Where can I buy worms in San Diego?Rotline Question of the Week: Aerators? What are those for? →