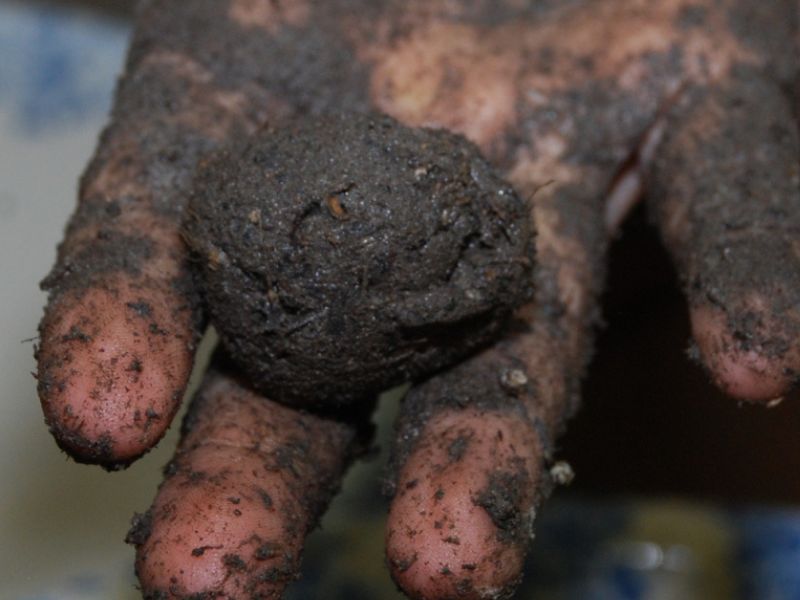 Yes! Thick, fudgy castings are as viable a soil amendment as finer, more granular castings. Denser castings may, however, necessitate some adaptations to traditional methods of harvest and application.

First, an important distinction: – Castings/Vermicast = Worm manure – Vermicompost = A mixture of worm castings and decomposed or partially decomposed organic matter that has not been digested by the worm.

Worm castings are naturally a more concentrated substance than other types of compost, including vermicompost. Castings are generally characterized by their dark brown color and soil-like appearance, however, color, texture, and density will vary according to the inputs and care regimen of each bin. Thick castings signify a greater density of castings to vermicompost, but very thick castings tend to be a result of allowing excess moisture to build up in the bin.

When it comes time to harvest a bin with high-density castings, drying out fudgy materials is not recommended, as the process will be time-consuming (due to the high moisture content of the castings) and will likely produce hard chunks that are difficult to mix into the soil. Instead, use your castings straight out of the bin, or consider making worm tea out of some of the castings.

Castings are generally mixed into the soil at 4:1 or 5:1 soil to compost ratio, but it is worth noting that dense castings can be mixed into soil at smaller ratios, as thick castings have a high moisture-holding capacity, but are less permeable than fluffy castings or vermicompost.

Posted in Soil & Compost, Worms
← Critters in Your Compost! (ID Guide)Cocoa Oh No →