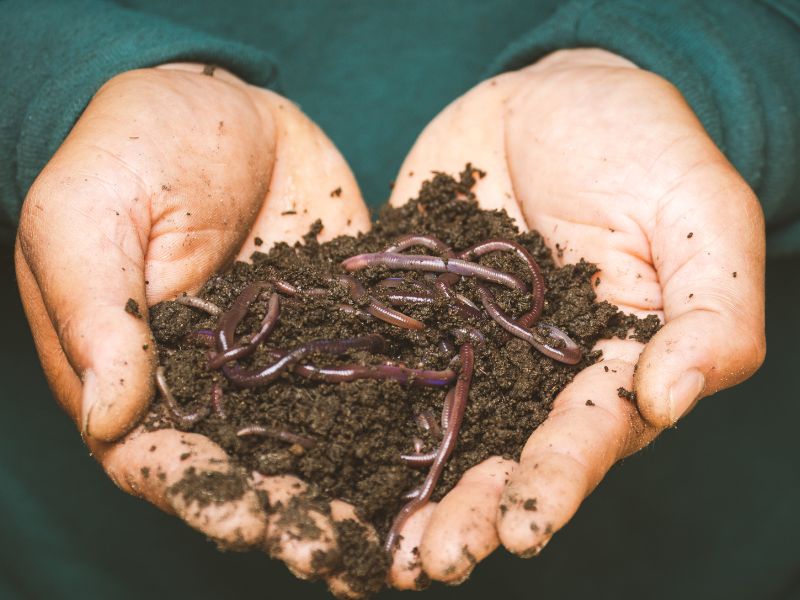 Should I put red wiggler worms in my backyard compost bin?

This is a question that comes up often when folks visit our store to purchase composting worms, and we often have to urge folks not to add worms to their backyard bin. The reason lies in the fundamental differences between traditional (backyard) composting and vermicomposting.

Traditional composting, also known as backyard composting, is a method which mixes fresh organic material (food waste, weeds from the garden) with dry, slower-to-decompose organic material (wood, leaves, cardboard). Here, you’re providing a habitat and menu that appeal to a wide range of decomposer organisms. For best results, you usually want a large compost pile that will heat up as microbes go to work.

Vermicomposting takes advantage of worms’ ability to quickly eat food waste. In this system, you’re providing an ideal environment for the worms, and the microbes, that work alongside them, though other decomposers like pill bugs and millipedes may arrive as “volunteers” as well. Happy worms need bedding like paper or coconut coir to wiggle through and eat over time, and they like moderate temperatures between 65° and 85°F.

The biggest reason worms may not be compatible with your backyard composting bin is temperature. If you’re aiming for hot composting or have a large pile, temperatures can rise above 130°F, your worms will be cooked alive! Even with small backyard bins and passive compost piles, the addition of a good amount of fresh materials can raise temperatures enough to kill worms.

It’s worth noting that worms will often enter a backyard bin that’s gone through its initial “hot” phase if they are present in the soil. We see this often at our facility, where both native worms and red wigglers that have naturalized themselves to our soil creep up near the end of the composting cycle. You may be able to add in red wigglers during this cool phase; just note that they’ll need some soft, moist soil beneath the bin to retreat to when you build a fresh pile and temperatures start to rise again!

Posted in Soil & Compost, Traditional compost, Worms
← Benefits of a Mechanized TrommelFrom the Rotline: Why do I need bedding in my worm bin? Can’t I just feed them food scraps? →