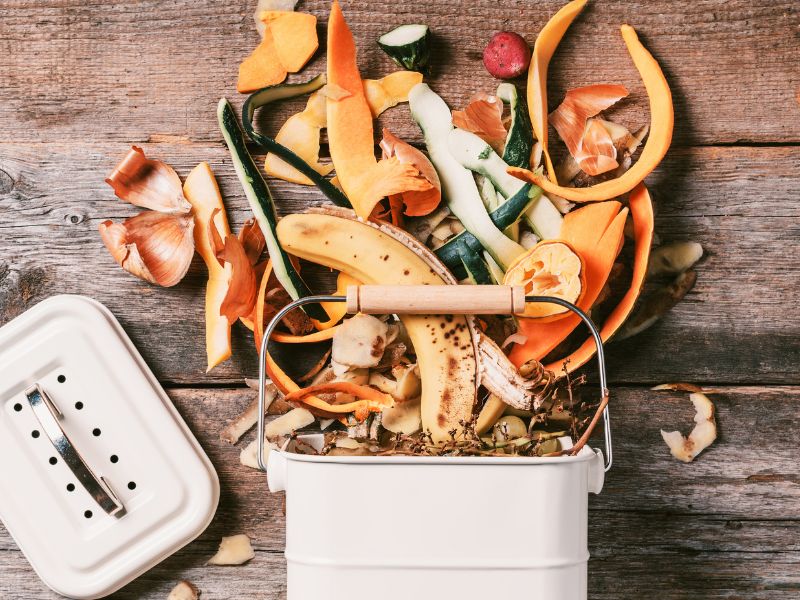 It’s fair to say that until recently I knew nothing about composting.  In fact, what little I knew, was all wrong. If someone even mentioned composting, my nose would wrinkle and I would imagine all sorts of slimy and disgusting things that you might find clogged in a drain. YUCK!

Color me surprised when I learned slime and stink aren’t part of the process. I’ve come to learn that while a relatively simple process on the human end, composting is an incredibly complex and fascinating process whereby carbon such as dried leaves or cardboard, and nitrogen such as food or freshly cut green grass, combine to break down into a nutrient rich soil amendment. You just need to get the carbon and the nitrogen products into your composter or compost pile in a good ratio, and then time and bacteria and a few helpful bugs thrown in do the rest!  There’s a little more to it like air and water, but that’s basically it. Sometimes it even heats up to as much as 150 degrees Fahrenheit to speed the process along.  How cool is that?  And like I said, if you approximate the correct ratios of carbon to nitrogen, IT DOESN’T STINK!

So if the gross factor is what is keeping you from composting, fear not. Composting doesn’t stink! If you are interested in composting but know nothing about it (like me a few months ago) I would encourage you to take advantage of the resources at the Solana Environmental Center and start your journey of turning your “waste” into a nutrient rich soil amendment for your yard or garden. I’m so happy I did!

Next up… my composting workflow from my countertop to my garden. Spoiler alert: It doesn’t stink!

Posted in Soil & Compost, Testimonial/people feature
← The Magic of Manure Compost: Protect Your Waterways, Save Money, and Improve Your Soil!Worm Care Guide →