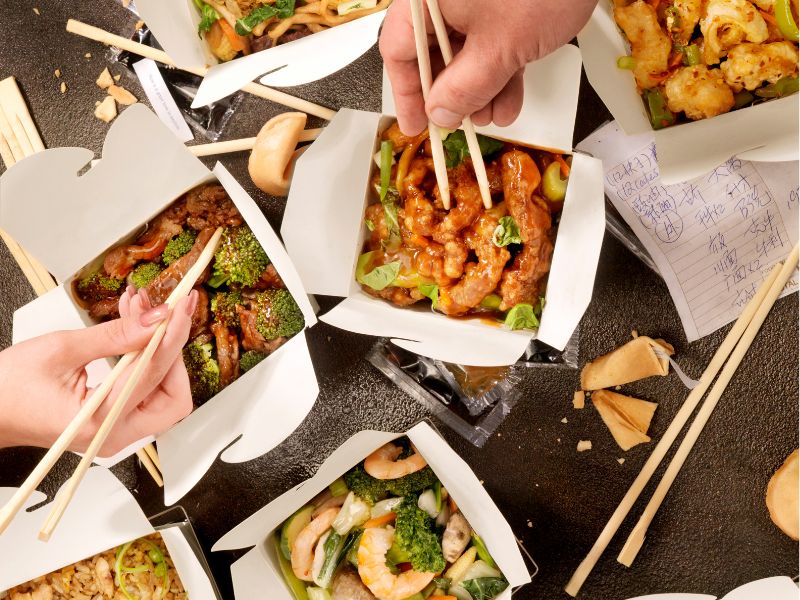 Food Waste is any food that was meant for human consumption that was removed from the human food chain for various reasons.

How Much Food is Wasted

The Food and Agriculture Organization (FAO) estimated in 2011 that a staggering one-third of all food that is produced in the world is never eaten. In the United States this percentage is even higher, with 40% of all food wasted. At the same time, 42 million Americans are food insecure (Coleman-Jensen et al., 2016) which means that they lack consistency access to enough food for an active, healthy life. Right here in San Diego County 1 in 7 people face food insecurity, representing more than 10% of the population of the County.

Food waste happens all along the production chain: farms, manufacturing, customer-facing businesses like grocery stores and restaurants, and finally homes.

Food Waste on Farms accounts for 16% or 10 million tons of all food waste. Food waste occurs in the production and processing stage when production exceeds the demand. Unfortunately, our current food systems make disposing of this excess product cheaper for the farmer than using it or finding other solutions. A local non-profit that works to connect excess produce to those in need is Produce Good with additional gleaning organizations listed here.

Another reason food waste occurs on farms and processing is when produce does not meet cosmetic standards as is dictated by consumer expectations. Produce is often rejected if it is too small, too large, misshapen or blemished. This produce is called imperfect produce or ugly produce and is usually discarded. There are also a number of food recovery programs that work with imperfect produce. Check out Imperfect Foods and consider participating in their program.

Food Waste during Manufacturing accounts for 2% or 1 million ton of all food waste. There is also a lot of loss at manufacturing and processing facilities, and during food transportation and distribution due to improper storage, refrigeration, and handling.

Food Waste at Retail Businesses (grocery and restaurant) accounts for 40% or 25 million tons of all food waste. Some retail practices that are viewed as good business strategies are inherently wasteful. Grocery stores stock their shelves with heaping mounds of produce because the look of abundance encourages consumers to buy. They also want to ensure that all items are consistently available to customers which requires a lot of planned excess. Grocery store standards on size and appearance are drivers of produce rejection at the production and processing level.

Restaurants may also implement some wasteful practices in order to run their businesses smoothly. Restaurant food waste can occur before the food is even served from over-ordering ingredients, improper storage, and extensive menu choices. There is also post-consumer waste (after the customer has received the food) that is often caused by too large portion sizes, grab and go, catering, and buffet style serving. Restaurants waste $25 billion per year, and are often run on thin margins so tightening food waste can make a big difference!

Food Waste at Home accounts for 43% or 27 million tons of all food waste. The last stop along the food production chain is in the home. Food is wasted at home due to overbuying, planning error, spoilage, and confusion over packaging labels and other misunderstandings that lead to premature discarding. According to a 2011 study the average U.S. household of four wastes an estimated $1,600 a year in food waste (Venkat, 2011).

Producing, processing, transporting, storing, and disposing of food uses a lot of resources. Food that is never eaten in the United States accounts for approximately 20% of agricultural land, fertilizers, and freshwater used. There is also energy, labor, transportation, and an endless string of costs that go into the production and distribution of this food that is being wasted, creating both an environmental and an economic hardship.

At the end of line, food waste represents 20% of the content in our landfills and is the number one contributor by weight. In addition to adding bulk to our landfill, food waste in landfills generates methane, which is at least 25 times more potent of a green house gas than carbon dioxide. If food waste were a country, it would be the third-largest emitter of greenhouse gases, only behind China and the U.S., according to the World Resources Institute. Our number one aim should be to reduce food waste, but when it is unavoidable, every effort should be made to keep it out of the landfill

The EPA has developed a hierarchy to guide the priorities of food waste reduction strategies. At the top of the pyramid are optimal options that have the most environmental benefit with each subsequent level a slightly less desirable option. In addition to environmental benefits, actions. At the bottom of the hierarchy is landfill, which should always be a last resort. At the top of the hierarchy is source reduction, which each individual can help with by being a responsible consumer!

Many of the statistics on this page are sourced from ReFED, a data-driven guide for businesses, government, funders, and nonprofits to collectively reduce food waste at scale.

Posted in Food Waste, Resource conservation
← DIY: Build Your Own Worm Bin5 Ways to Heat Up Your Compost Pile – Even in Winter! →